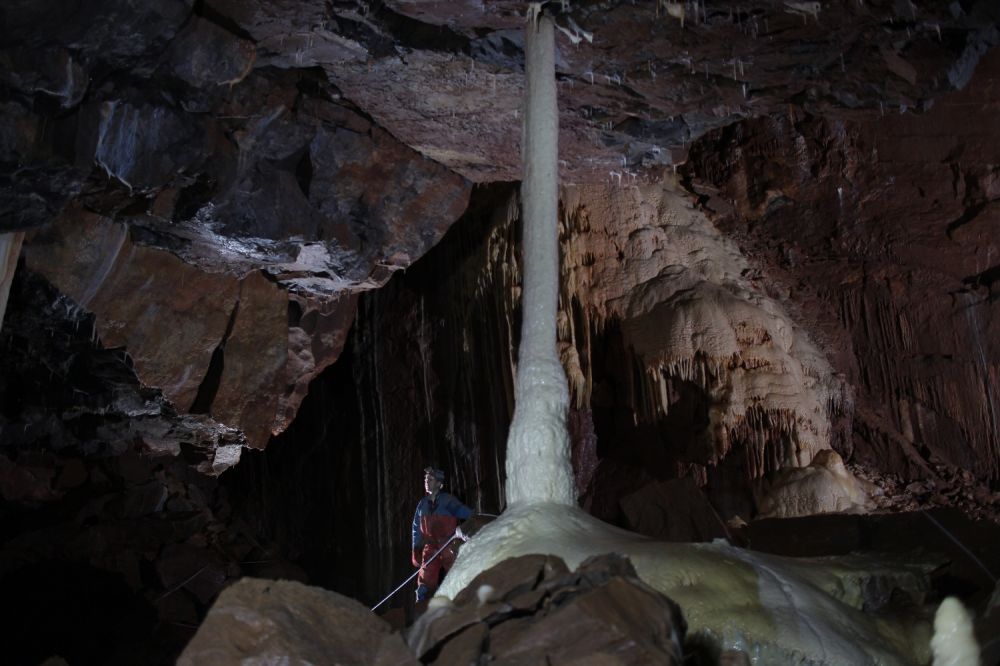 Hades Caving Club was formed in 1974 for workers at Rolls Royce and British Aerospace in Filton, Bristol. Whilst there are members still with a connection to Filton, over the years the club has expanded beyond its original base.

In fact you will find Hades members throughout the UK, so wherever you are there is always someone around who wants to go caving and can offer advice, lifts and lend gear.

Hades is a founder member of the Forest of Dean Cave Conservation & Access Group.

We are a friendly, active caving club who meet on a regular basis for a social drink at the White Hart in Littleton on Severn (NW of Bristol), on the first Monday of the month (2nd Monday if a Bank Holiday) from 8pm (9pm when most people turn up). Along with caving trips generally run as:

Anyone can get involved, whatever their previous experience. New members join throughout the year and are always welcomed.

Hades is a very active club with a broad membership range. Membership ranges from new to very experienced, young to old, diggers, potholers, mine explorers etc. As such the club is very accommodating especially with the range of trips all over the country for all abilities.