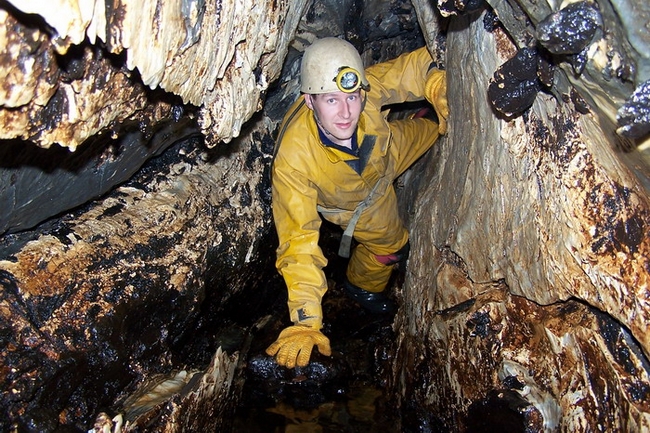 The Club was started with a membership of about 20, a few of whom are still active in the club. The first year’s accounts show a turnover of £14 10s yielding a surplus of £5 17s 3d! In the following years the club steadily grew but much of its interest remained in and around Derbyshire.

Towards the end of the 1960s, a younger element entered the club and its members started to undertake expeditions abroad as well as carrying on regular exploration of major UK caves.

By 1980, the trend continued as interest in Alderley Edge blossomed and a large influx of members arose. These were mainly people whose principal or sole interest is the exploration of the Alderley Mines. They became known as the Miners! The membership is now around 60 having dropped in recent years, in common with many other caving clubs. However, there is still a healthy balance between the two branches of the sport, caving and mining.

The DCC is always open to new members with a genuine interest in its aims and objectives. These could be in caving, mining or Alderley Edge.